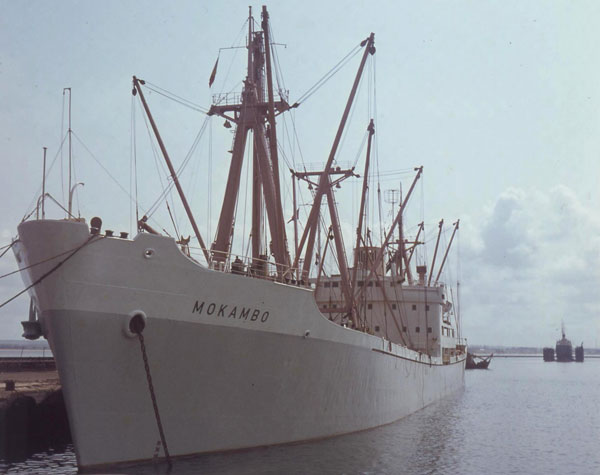 CMB’s executive committee has discussed the preliminary results recorded for the second quarter and those for the first half of 2013. 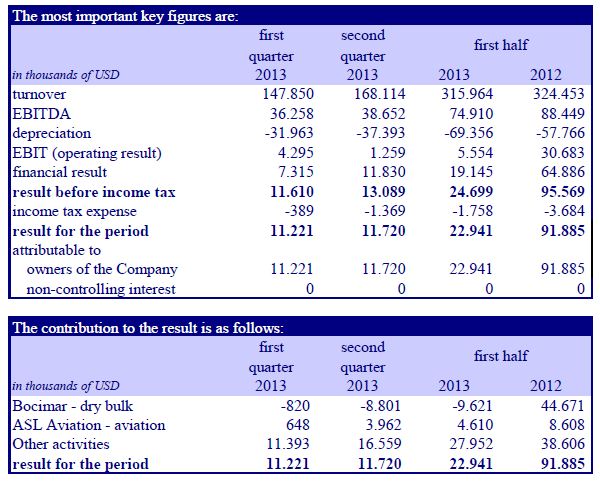 All figures mentioned in this press release have been prepared under IFRS (International Financial Reporting Standards) and have not been reviewed by the statutory auditor.

The consolidated result for the first half of the year amounts to USD 22.941.000

The contribution takes into account an additional write-off of goodwill in the amount of USD 5.911.000 following the early termination of the time charter of the Mineral Subic (2011-179.397 dwt). This vessel, owned by Ocean Capes Ltd – a joint venture between Bocimar and Boxlog – was acquired early 2012 including the long term charter to STX Panocean. In the course of June the latter filed for protection from its creditors. As part of this procedure the Mineral Subic was redelivered.

In keeping with the seasonal trends of the last two years, the Capesize market has remained the weakest of the four main dry bulk markets during the first half of the year. It was mainly the stagnation in iron ore exports from Brazil that contributed to the Capesize weakness. Only in June did daily TC returns return to more viable levels due to a combination of increased iron ore and coal flows.

Bocimar does not rule out a further strengthening or stabilising of the market in the course of the second semester.

By comparison with the larger sizes, average spot earnings for the Handymax and Handysize segments have been far less volatile throughout the first half of this year.

Bocimar continues to promote slow and super slow steaming and has installed fuel saving devices on many of its ships. These measures help Bocimar to achieve better than average returns in the spot market.

Bocimar’s average earnings for the second quarter and for the first half of the year were as follows:

In the course of June Bocimar and its partner Oak Maritime sold the joint venture vessel Mineral Sines (2002-172.316 dwt). The net sale price amounts to USD 19 million. At the time of the delivery of the vessel

, scheduled for the third quarter 2013, Bocimar’s share in the capital gain will amount to approximately USD 1,5 million. Bocimar will realise a cash surplus of more than USD 9,6 million on this sale.

Bocimar remains moderately optimistic that a more sustainable market equilibrium will be achieved in 2014 and 2015.

During the first half of the year ASL added five additional Boeing 737-400 aircraft to the fleet to be employed by various ASL customers.

Posted by maritimenews on July 18, 2013. Filed under All news, Business, Company News, Latest news, World. You can follow any responses to this entry through the RSS 2.0. Both comments and pings are currently closed.
The Maritime News © 2011
About Us | Report Your News | Advertising | Contact | Privacy | Terms