Ready to Fly Underwater with Oceanwings 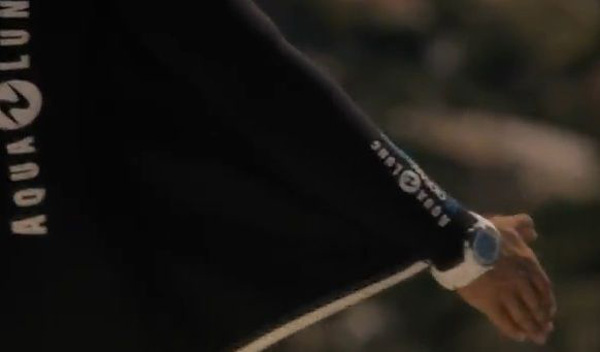 A French designer has created a wetsuit  ‘Oceanwings’ that is designed to allow the wearer a feeling of “flying” while underwater.

It is unclear if the product, called ‘Oceanwings’ is planned for production.

French designer Guillaume Binard partnered with Aqua Lung to create a wetsuit that was inspired by skydiving wingsuits, reported Laughing Squid. The concept was reportedly submitted to Designboom, a website that encourages its readers to submit projects to share with other readers.

The wetsuit, called ‘Oceanwings’ is designed to allow the wearer to have an underwater ‘flight’ experience. The premise is that the wearer can swim through the water like a fish, with ease. It has “webbed” arms when extended, and the lower portion of the suit is restricted to keep the wearers legs in position while gliding underwater.

Aqua Lung posted a demo video, which was directed by Jérôme Espla, on its YouTube page on Feb. 5, 2013 to show how it works with a brief description.

Posted by maritimenews on February 21, 2013. Filed under All news, Latest news, Technology, World. You can follow any responses to this entry through the RSS 2.0. Both comments and pings are currently closed.
The Maritime News © 2011
About Us | Report Your News | Advertising | Contact | Privacy | Terms