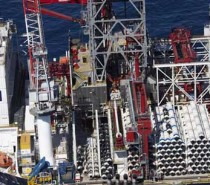 Sevan Driller has completed drilling on its present location. Upon unlatching the blow-out preventer (“BOP”) a small flow of mud from the well was observed by the remote operating vehicle. The small flow caused by a leak in the casing packoff did not cause any damage to rig personnel buy kamagra 100mg , equipment or […]

In the third quarter financial report Seadrill estimated the downtime for the deepwater rigs in operation to be 41 days for the fourth quarter. After closing the quarter revised estimates show downtime has increasing to approximately 100, days, mainly due to BOP issues on several of the Company’s rigs.  In line with what the Company […]