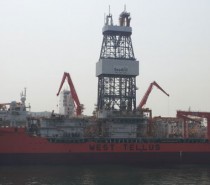 Seadrill secures commitment for newbuild ultra-deepwater unit West Tellus Seadrill Limited has signed a contract with Chevron China Energy Company for the newbuild ultra-deepwater drillship West Tellus in support of Chevron’s affiliated global exploration program. The contract commences in China immediately upon shipyard delivery and thereafter relocates to Liberia. The agreement is for a period […] 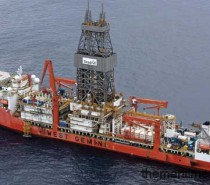 Seadrill Limited has entered into turnkey contracts to build four new ultra-deepwater drillships. Two drillships will be built at the DSME yard and the other two at the Samsung yard, in South Korea. The project value price is estimated to be below US$600 million per unit (including project management, drilling and handling tools, spares, capitalized […] 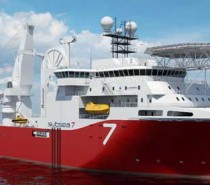 Tullow plc has exercised its contractual option to extend the contract for the ultra-deepwater semi-submersible rig West Leo by two years from May 2016 to May 2018. The West Leo is expected to carry out operations in West Africa until the end of its contract in May 2018. The potential contract revenue for the extension […]