Reference is made to the stock exchange notices dated 28 November 2012 and 25 January 2013 published by SeaBird Exploration Plc regarding the Private Placement of New Shares and Subsequent Offering, the issue of shares in relation to which has been authorised by the EGM. The Financial Supervisory Authority of Norway has on 28 January […]

Comments Off on SeaBird Approved Prospectus and Subsequent Offering 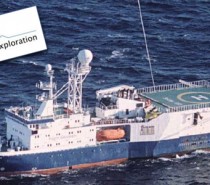